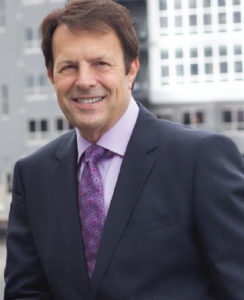 The respect that Will has earned in the legal community serves his clients well in getting them the best possible results both in and out of court. Many companies would rather settle than be required to face him and his team in court. He and his team have a reputation for their meticulous and methodical preparation, earning his clients maximum recoveries for their cases. Will obtains outcomes that other people can't get just because my firm is so diligent.

Will has been applying this exacting and focused approach throughout his career, obtaining multimillion dollar recoveries on cases that other firms have turned down. In 1992 he obtained $25.2 million for a young boy who was seriously injured, the highest settlement in Wisconsin history and a record that stood for almost two decades. Since then he has obtained over $150 million for his clients.

Will is certified as a Civil Trial Advocate by The National Board of Trial Advocacy and is certified as a Civil Pretrial Advocate by the National Board of Civil Pretrial Advocacy. A frequent speaker at continuing legal education seminars, he has been referred to in the media as a "ready for Prime-Time Litigator" and has been complimented for handling cases with competence, grace and care. He has been given the highest rating by Martindale Hubbell, A-V, and has been recognized by Marquette University Law School for having made important contributions to the community.

Due to the fault of others, nothing makes him happier than having the opportunity to work alongside his wife and son, fighting for regular people who have developed severe medical problems.