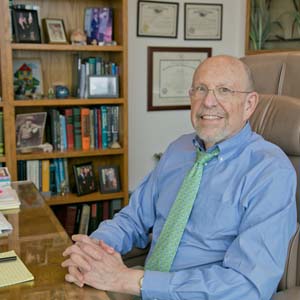 Attorney Steven Kazan has been working in the area of asbestos litigation for more than 50 years. In 1974, he filed his first case on behalf of a victim of asbestos exposure and has since advocated on behalf of thousands of injured workers and their family members. Mr. Kazan has committed the majority of his legal practice to representing the rights of workers who have been diagnosed with mesothelioma in third-party asbestos litigation (cases filed against distributors, manufacturers, contractors, and premises owners).

In addition to his work as a plaintiff's attorney in asbestos litigation, Mr. Kazan has also been nominated by the U.S. Trustee and appointed by the U.S. Bankruptcy Court to represent victims in proceedings related to almost all bankruptcy reorganizations related to asbestos litigation. Four large, rich companies completely able to pay all their victims in full yet have manipulated the bankruptcy laws to try avoiding responsibility:

Also, including those involving:

In the majority of cases where the court allowed reorganization, Mr. Kazan, has been approved by the court to represent victims through the Trustees' Advisory Committee.

At the 2017 Consumer Attorneys of California Convention, Mr. Kazan was presented with the Edward I. Pollock Award. This award is given in recognition of many years of dedication, outstanding efforts and effectiveness on behalf of the causes and ideals of consumer attorneys.

For more than four decades, Mr. Kazan has acted as speaker, lecturer, moderator, participant, and program chairman at various medical, legal, and insurance conferences and seminars focusing on mass torts, toxic torts, and asbestos throughout the world. In addition, he has testified before and lobbied Congress on behalf of asbestos and testified before the Senate and House Judiciary Committees on asbestos litigation and legislation.

Before he founded his firm in Oakland in 1974, Mr. Kazan was an Assistant to the General Counsel of the Interstate Commerce Commission in Washington, D.C. (1967-1969); an Assistant United States Attorney for the Northern District of California (1969-1971); and an associate at Werchick & Werchick, a plaintiffs' medical malpractice specialty law office in San Francisco (1971-1974.)

California Consumers Attorneys of California (Board of Governors 1980-1995, Vice-President 1990, Parliamentarian 1989)