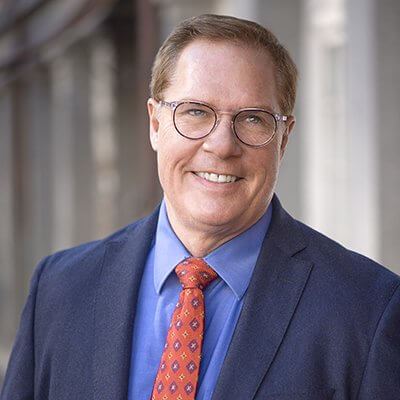 At Martzell, Bickford & Centola, we are not just lawyers. We pride ourselves in being three things: A friend, an advocate, and a fighter.

Scott R. Bickford, one of the principals of Martzell, Bickford & Centola, is a civil and criminal trial attorney whose practice is focused in representing the rights of injured workers and families in complex maritime cases, environmental contaminations, toxic exposures and criminal proceedings. He has been trial counsel in cases involving nationwide class actions relating to asbestos exposure and mesothelioma cases, benzene exposure, massive oil spills and major rig explosions, including the DEEPWATER HORIZON, where he sat on several discovery committees concerning the investigation of the matter as well as being a participant in the Joint Investigation Committee of the United States Coast Guard and the Bureau of Ocean Energy Management, Review and Enforcement. He has tried or settled multiple cases to verdicts in the Millions of Dollars. Additionally, Mr. Bickford has represented various governmental and private landowners in environmental land damage cases and has litigated oil and gas royalty disputes and commercial oil and gas disputes. In addition to his civil practice Mr. Scott Bickford maintains a criminal practice involving matters such as mail fraud, money laundering, sexual misconduct cases and a variety of other criminal matters. Scott has represented multiple clients in election matters and in 1996 represented U.S. Senator Mary Landrieu in her election contest before the United States Senate. Recently he has represented the interest of New Orleans Mayor Mitchell Landrieu and several other Louisiana elected officials in their election races. In 2008 he represented the Louisiana Democratic Party in the “Protect the Vote” project. Professional and civic activities: Board of Governors Louisiana Association of Justice; Louisiana Bar Association Committee on Profession; Member Greater Orleans Community Partnership Panel (Louisiana Bar Foundation); Assistant Bar Examiner, Louisiana Bar Association (1990 to Present); Associate Professor, Co-Director of Trial Advocacy, Tulane School of Law; Former Chair Project Lazarus; Master, St Thomas More Inn of Court; Former alumnus advisor Kappa Sigma Fraternity. As mentioned above, Mr. Bickford is also a frequent lecturer to law students, other lawyers and judges… He is also on the Board of Governors of the American Association of Justice a national organization of attorneys devoted to promoting a fair, accountable and balanced justice system where the court house doors are open to all. As a AAJ Board of Governor he has coordinated nationwide moot court trial competitions among the country’s law schools and lobbied for laws which treat all litigants equally. Mr. Bickford graduated from Tulane University and Tulane Law School. He was admitted to practice in 1983 in Louisiana and is also admitted to practice in Texas and Colorado.

90% of Practice Devoted to Litigation