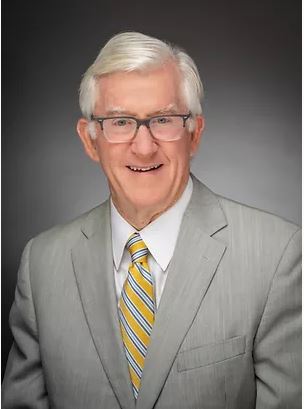 Robert ("Bobby") R. Hatten is a pioneer and national leader in the field of asbestos litigation. Hatten served as a law clerk to the Honorable John A. MacKenzie in the U.S. District Court for the Eastern District of Virginia. In late 1973, he joined the law firm of Patten & Wornom and was made Partner in 1976. From 1991 to 2019, Hatten served as the Managing Partner of Patten, Wornom, Hatten & Diamonstein, L.C.

Hatten began the representation of workers with asbestos disease in 1975, when he filed the first asbestos disability and death claims in the history of the state of Virginia against the Newport News Shipyard for workers’ compensation benefits under the Longshore and Harbor Workers’ Compensation Act. In 1976, Hatten and his co-counsel, Gene Locks of Philadelphia, Pennsylvania, and Richard Glasser of Norfolk, Virginia, filed the first asbestos product liability claims in Virginia against more than 40 asbestos manufacturers and suppliers.

In June 1978, Hatten and his co-counsel successfully prosecuted the first mesothelioma jury trial in Virginia (and only the third successful asbestos trial in the nation at that time) with a verdict against Johns-Manville Corporation in the amount of $750,000. From that time until the present, Hatten’s practice has been devoted exclusively to the representation of asbestos victims. He has published articles concerning asbestos litigation in the Washington & Lee University Law Review, the VTLA Journal, the Texas Lawyer, and the Washington Legal Times.

In 2006 Hatten won the landmark case of Jones v. John Crane in the Virginia Supreme Court which established that admiralty jurisdiction and maritime law applied to the claims of all shipyard and Navy asbestos victims. This legal precedent established the rights of family members of mesothelioma victims to receive compensation for the pain and suffering of their loved one after their death, it lessened the burden of proof for establishing liability of asbestos manufacturers, it extended the time allowed for filing asbestos lawsuits and it provides that the liberal remedies of maritime law would control the rights of shipyard and Navy asbestos victims--not state law.

Best Lawyer of the Year in Product Liability Litigation - Plaintiffs 2023

Best Lawyer of the Year in Personal Injury Litigation 2012

Chairman of the Board of Soundscapes for 12 years

Previously Chairman of the Litigation Section of the Multi-District Asbestos Litigation in Philadelphia, PA

Formerly served on the Board of Directors of the VTLA

Served on the Board of Trustees of St. Andrews Episcopal School

Served on the Board of the Trustees for Hampden-Sydney College

Served on the Board of Trustees for the Lexington Theological Seminary