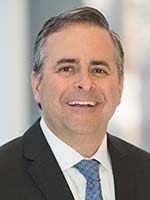 Paul Danziger graduated with honors from the University of Texas with a Bachelor of Business Degree in Accounting, and a Master’s Degree in Tax Accounting. After graduation, he worked as a tax consultant in New York City at one of the top accounting firms, where he obtained his commission as a Certified Public Accountant.

After receiving his law degree from Northwestern University in Chicago, Mr. Danziger worked for the firm, Tilleke & Gibbins, in their Vietnam and Thailand offices, where he concentrated on international intellectual property rights and business transactions. Upon returning to the U.S., Mr. Danziger started his own law firm with Michael Weiss who is the subject of the movie “Puncture” starring Chris Evans (Fantastic Four / Captain America).

Since that time, Mr. Danziger has been representing mesothelioma cases. He has been involved in a number of high-profile cases, which have been featured in media such as the New York Times, the Boston Globe, the Houston Chronicle, and on CNN. Mr. Danziger is also a part-time inventor with two U.S. patents. Paul is married to Dr. Susan Danziger & lives in Houston, Texas with their four children.