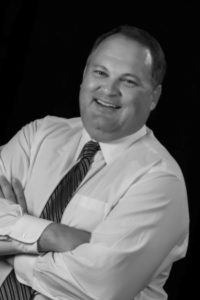 Mark T. Berry is a shareholder/director of Sammons & Berry, P.C. Raised in Houston, Texas, Mark completed his undergraduate studies at Texas A & M University where he received a degree in economics. He received his law degree from South Texas College of Law in 1993.

Mark began his legal career as a litigator. He developed a nationwide practice in the transportation and railroad industry. He traveled the nation handling catastrophic injury claims for railroad and industrial accident victims. He obtained several verdicts across the nation including a record and was recently recognized for achieving one of the Top Texas Verdicts by Verdict Search for a FELA case.

As a managing shareholder at Sammons & Berry, P.C., the firm quickly grew into one of the largest firms in the nation representing railroad and industrial asbestos clients. Mark was recently voted one of the TOP 10 Asbestos and Mesothelioma Trial Lawyers in the country. Mark has also been elected to The Million Dollar Advocates Forum. This forum has been recognized as one of the most prestigious groups of trial lawyers in the United States. Less than 1% of U.S. lawyers are members.

Mark is a member of the State Bar of Texas. Mark resides in Houston with his wife, Stephanie, and their three children.