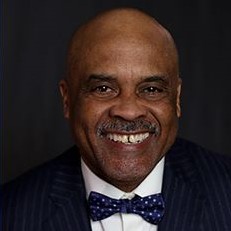 Judge Luther W. Simmons, Jr. (Ret.) is a shareholder at Simmons Hanly Conroy after retiring as an associate circuit judge of the Third Judicial Circuit Court of Illinois in Madison County. He brings more than 40 years of legal experience to the firm, working in the Complex Litigation Department on matters involving catastrophic injury, wrongful death, environmental cases and class actions. He also works with the Asbestos Department, helping to manage the motion practice for the Madison County trial docket.

Luther uses his extensive knowledge of the law and experience as a judge to give his clients a voice against companies who have wronged them through no fault of their own. He treats every case with genuine care and meticulous attention to detail, giving every client the respect and empathy they deserve. As a judge, Luther presided over both jury trials and high-volume court dockets, overseeing a wide assortment of cases and clients. Serving as a judge, however, was not the culmination of his career, he said, explaining he has found equally meaningful work after the bench.

“I’ve learned that experience is the best teacher and I have quite a bit of it,” he said. “Judges are tasked with the responsibility of applying the law objectively. Lawyers’ jobs, on the other hand, are to represent the facts as best benefits their clients, and to persuade the court that their understanding of the law is the correct one.”

At Simmons Hanly Conroy, Luther applies this philosophy to fight for thousands of people whose lives have been knowingly and tragically devastated by companies who exposed workers and their families to asbestos.

“Everything I’ve always done throughout my whole life has been very people-oriented, so the firm’s motto of ‘We Stand for our Clients’ really resonates with me,” he said. “This law firm had a wellspring of that before I joined the team and I’m proud to add to that culture. I always want to be the kind of attorney who encourages, fights, and works for others, to be a positive force of progress.”

Luther doesn’t just talk about empathy, understanding and fighting for others – he backs it up with action. Over the decades, he’s handled more than 2,000 cases on a pro bono basis. He’s also supported the Boys and Girls Club and served as a mentor for minority youth for more than 50 years in his local community of Alton, Illinois. Luther’s efforts have been recognized with numerous awards. He received the Alton NAACP’s Community Service Award, the 100 Black Men of Alton’s Presidential Award, and the New Shining Light (NSL) Venice Township Martin Luther King Humanitarian Award, to name a few. He was also invited to serve in leadership positions for both The National Trial Lawyers Association and The National Black Trial Lawyers Association.

In January 2018, Luther announced his retirement from the Third Judicial Circuit Court, where he was appointed associate judge in 2015. Luther’s career is especially meaningful, considering his family’s history. “I am the son of a Tennessee sharecropper and the great-grandson of slaves,” he said. “My father, the Rev. Luther T. Simmons, was the first man in the history of our family in America to be paid for his labor.”

Luther started his legal career as an associate in a 10-person law firm and then became a solo practitioner. He served as in-house counsel and corporate officer for a minority business that became the third-largest minority-owned business in the United States, with sales of $100 million, and personally negotiated a $500 million contract with the U.S. Department of Energy to build and manage its strategic petroleum reserves.

During the Carter Administration, Luther worked with U.S. Attorney General Griffin Bell and White House Chief of Staff Hamilton Jordon on behalf of his client’s business interests and in support of candidates for the federal bench. He’s been an entrepreneur with ownership interests and management responsibilities in a multi-million-dollar certified minority business enterprise. Luther also was the first African American public defender in Madison County, representing the interests of the indigent in nearly 1,000 felony cases, and later served as Special Assistant Attorney General for Illinois, representing the state in civil matters.

“I’ve been inspired as a lawyer and as a judge to try to make a difference in someone’s life every day,” he said. “If we do that for individuals whose paths we cross in our daily lives, the aggregate effect will be to uplift our communities.”

Before becoming an attorney, he co-founded the Philadelphia Committee for College Placement, which helped inner-city Philadelphia high-school students attend college. The committee matched potential students with colleges that could accept them and help finance their tuition. The Committee placed more than 600 students in colleges and universities across the country, all of them with financial aid packages that enabled them to leave Philadelphia and fulfill their dreams.

“Public service is giving back to the less fortunate and the underserved, and that is how to advance society,” he said. “Any day that I go to work and feel like I make a difference, no matter how minute, is a great day. It’s the daily victories that accumulate and make a difference. By giving back, you lift yourself up. No one understands this better than me.”

Luther received a B.A. in Political Science from University of Pennsylvania in 1970. He received his J.D. from St. Louis University School of Law in 1974.

United States District Court for the Southern District of Illinois, 1974