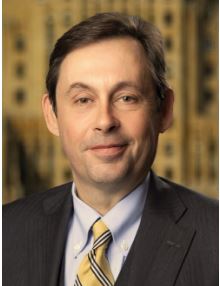 John P. Comerford is a Senior Partner at Lipsitz, Ponterio & Comerford, LLC. He grew up in Lewiston, New York, a small historic town near the Canadian border. As a young child, Mr. Comerford grew up in the shadows of Love Canal and personally observed the consequences of environmental pollution. After graduating from high school, he attended Cornell University and studied Environmental Science. Mr. Comerford devotes the majority of his time to asbestos personal injury matters. He has litigated cases throughout Upstate New York in cities which include Buffalo, Niagara Falls, Rochester, Syracuse, Albany and Binghamton. Over the course of his career, he has helped hundreds of people recover financial awards for injuries. In June 2009, Mr. Comerford became an accredited attorney for the preparation, presentation and prosecution of claims for veterans’ benefits before the Department of Veterans Affairs (VA).

In November 2019, John Comerford and Mathew Morton obtained a jury verdict in the amount of $8 million dollars on behalf of Wayne Meissner, a former civil engineer at Eastman Kodak in Rochester, New York, for injuries resulting from exposure to asbestos on the job. From 1970 through 1971, he monitored and inspected a job involving the spray application of asbestos-containing fireproofing, performed by Ridge Construction, a subsidiary of Eastman Kodak. Ridge failed to warn Mr. Meissner of the risks of exposure to asbestos and also failed to protect him from exposure to its work with this deadly material. The jury awarded the Meissner family a total of $8 million for past and future pain and suffering and loss of services. 80% of the award was attributed to the wrongdoing of Ridge and 20% to other responsible parties. The jury also found that the conduct of Ridge was reckless.

Unfortunately, even after that jury award, the excess insurance carriers for Ridge Construction, Certain Underwriters at Lloyd’s, London, disclaimed coverage, leaving the jury verdict unpaid. In July of 2022, John Comerford and Anne Joynt obtained a Judgment for Mr. Meissner and his wife after a bench trial in the amount of almost $5 million against Lloyd’s. ( (Meissner_442_FINAL DECISION & ORDER_7.18.22)  In the Insurance Law 3420 action that plaintiffs brought, the Judge ultimately found that Lloyd’s was responsible to honor the jury verdict, and could not avail themselves of any arguments of late notice to the insurance carrier, policy exhaustion, whether or not Mr. Meissner suffered an “injury in fact” during the policies at issue, and whether the injury suffered by Mr. Meissner was expected or intended by Ridge Construction. To view the Supreme Court’s July 2022 decision, you may also click here: Meissner v. Ridge Constr._ Inc._ 2022 N.Y. Misc. LEXIS 3106 (Sup Ct, Monroe County July 18, 2022, No. E2020001359).

In July 2015, John Comerford served as local counsel in a trial in Buffalo, New York, and obtained a $1.4 million dollar verdict million wrongful death verdict against John Crane Inc. after finding the Chicago-based manufacturer of asbestos gaskets and packing material responsible for exposing a U.S. Navy veteran to asbestos prior to his death from mesothelioma, an incurable asbestos-related cancer.

In August, 2013, Michael Ponterio and John Comerford obtained a jury verdict in the amount of $3 million dollars on behalf of a former Ashland Oil employee. The jury in this case assigned 35% of the responsibility for damages to defendant Crane Co. for causing our client’s injuries and the remaining percentages of responsibility to other entities, including those defendants which settled before trial. The jury also found that Crane Co’s actions were taken with reckless disregard for the safety of others.

In November, 2010, Mr. Comerford and Joseph Kremer served as counsel in a trial in Syracuse, New York, and obtained a $1 million dollar verdict on behalf of our client, a tugboat engineer, for injuries resulting from exposure to asbestos on the job. The jury in this case assigned 60% of the responsibility for damages to defendant John Crane, which manufactured gaskets that the plaintiff scraped off the flanges on pipes aboard the tugboat where he worked.

On November 5, 2004, John Comerford and Michael Ponterio obtained a $3,750,000 jury verdict against Garlock in Niagara Falls, New York. Mr. Comerford has also assisted homeowners and commercial property owners in cases directly against insurance companies. After a two week trial in Buffalo, New York, a jury ordered an insurance company to pay a Niagara Falls hotel owner nearly a million dollars for wrongly denying his claim based on “arson.” Another Niagara Falls hotel owner received a large settlement for water damage.

Over the course of his career, he has helped hundreds of people recover financial awards for injuries. Mr. Comerford obtained a $2,000,000 jury verdict for a plant worker with lung cancer and asbestosis. He recently obtained a $2,000,000 settlement for a 61 year old housewife with mesothelioma exposed to asbestos from laundering her husband’s contaminated work clothes. Mr. Comerford assisted in trying an automobile accident case in Federal Court which settled for $890,000.

Mr. Comerford resides in Amherst, New York, is married, and he is the father of three boys and two girls.

Harris Martin Publishing in San Francisco (2004) and in New.