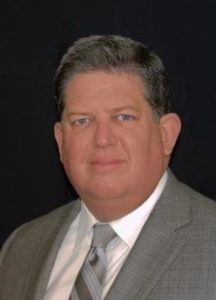 “Kirk” Sammons is the founding shareholder of Sammons & Berry, P.C. A decorated veteran, Kirk earned the rank of Sergeant while serving with a combat engineer battalion in the 3rd Armored Division during the Gulf War. While in the Army, Kirk also received his initial legal training as one of the few enlisted members selected to serve in the Judge Advocate General’s (JAG) Corps. After completing his military service, Kirk obtained his undergraduate degree in finance at the University of Houston, graduating with membership in the Honors College. Kirk attended law school at South Texas College of Law in Houston, Texas, where he also served as the Business & Research Editor on the South Texas Law Review and Notes Editor on Currents: International Law Journal.

Over the years Mr. Sammons has tried numerous cases to verdict against some of the largest corporations in the United States, including General Motors Corporation, Union Pacific Railroad Company, BNSF Railway Company, Kellogg Brown & Root, Austin Industrial Services, and others. Mr. Sammons is also an experienced appellate attorney, having briefed and argued appellate cases in both federal and state courts. Mr. Sammons has been recognized as one of the Top 10 Asbestos Mesothelioma Trial Lawyers and Top 100 Trial Lawyers by the National Trial Lawyers Association and has served as Chair of the Railroad Law Section of the American Association for Justice, and founding chair of the FELA Litigation Group. In 2014, Mr. Sammons was recognized for having obtained one of the Top Verdicts in the State of Texas on behalf of an injured refinery worker.